Another start to another year – how will this one be different?

Welcome to 2014. January always holds such promise – a new year, new resolutions, new determination and new goals. Everything looks bright and shiny and easy – but then watch what happens in February and how the gyms empty out. How will this time around be different?

I escaped some of the new year’s hype this year by heading to Lake Placid with my family. When you are planning on doing some serious downhill skiing on Jan 1, staying up until midnight takes a back seat! On Dec 31, however, we did tour the Lake Placid Olympic Museum and saw items from many of the past Winter Olympics. There was an exhibit about the “Miracle on Ice“, and Olympic medals and parade coats from past Games. But what really stood out for me was an exhibit about Sonja Henie, a champion figure skater from the earliest Winter Olympiads. 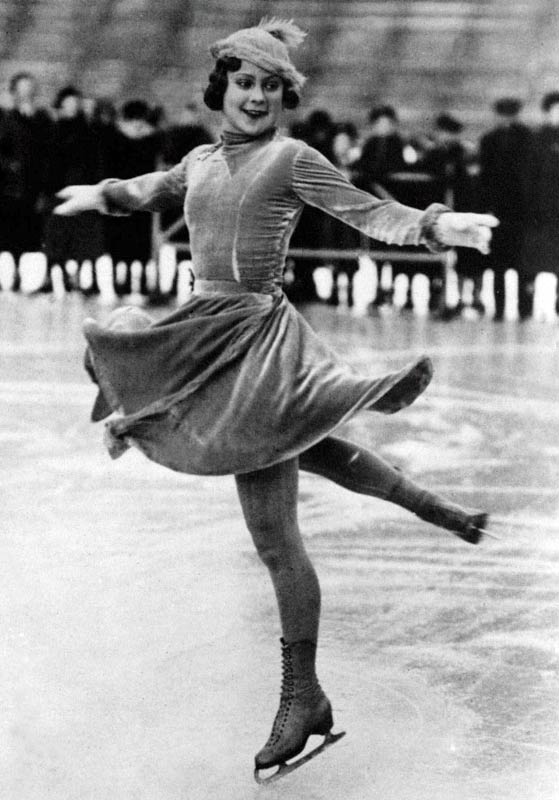 Sonja Henie, according to the exhibit, entered the very first Winter Olympics at the young age of 11 in 1924. She placed dead last. She took this to heart, and dedicated herself to her sport, practicing up to 7 hours per day and refining her technique. The results were amazing – she won gold in the next THREE Winter Olympic games and, once done with the Olympic competitions, she became a Hollywood star and toured as an ice skater in skating revues.

I’m very impressed and encouraged by her story. She is truly an exemplar of grit and hard work, even from a very young age. And then, not content with dominating one field, she embarked on another – moving from ice skating to film, which was not a transition that one really saw in those days.

As we start a new year, it’s so easy to get swept up with the shine and glitz. It’s so easy to make a list of resolutions and promise that it will all be different this time. But I think we’d do well to remember Sonja Henie and her determination and hard work. Making changes is hard work. Embarking on resolutions is hard work. And yet, at the end, we have to trust that it’s all worth it. The hard work never guarantees success – there are no guarantees. Sonja Henie didn’t know she would become a film star – there were lots of barriers in her way, such as her thick immigrant accent, and her complete lack of experience. But she had already worked so hard in one domain that she wasn’t afraid of starting the learning curve again, and working hard in another area.

My wish for all of us in 2014 is grit and determination. May you choose your resolutions wisely, and enjoy the journey – even when it’s really hard. When I look back on 2013, I see many times when I gave up and now I wish I hadn’t. The time will go pass whether you are working towards your goals or not. How would you like to remember 2014 in 12 months’ time? May it be a year of positive difference and meaningful change. For all of us.

PS> In doing a little research for this blog post, I learned that Sonja Henie died on the same day I was born. Perhaps there is a bigger resonance here?

Lisa Sansom has her MBA from the Rotman School of Management, and over two decades of experience in teaching and training. Her years of work in the organizational development field have included projects on change management, employee engagement, leadership development, team coaching and employer of choice strategies.