I recently gave a workshop and ended up talking with one participant for nearly an hour afterwards about a very specific situation that she is facing. She is in a difficult situation, trying to figure out how to talk with one individual, and not making progress. I provided some coaching to help her determine what is important for her and so on, and shared my belief that all people are “internally consistent”. She wondered what I meant by that, and so I thought it might make an interesting blog post to share. So here goes.

When I was doing my MBA, I learned about Chris Argryis’ “ladder of inference“. One of the genius parts of this ladder tool, is that we seek data to prove our conclusions, thus ensuring that we are always right. So, for example, if I believe that someone is lazy, I will seek out situations that prove that this other person is lazy. If I believe that someone is a high-potential employee, I will seek out further proof that this person is deserving of a promotion. And so on.

However, what this tool also taught me is that when someone (very quickly) arrives at the “action” rung at the top of the ladder, any action is based on underlying thoughts, assumptions, conclusions, meaning and selected data. Therefore, whatever a person does or says or feels is “internally consistent”.

I say something that I feel is innocuous to “Jane”. Jane then lashes out at me and tells me that it’s not my place to say such things.

Why would Jane say that to me? Why would she suddenly get angry? Clearly I said or did something that set her off. I might think that Jane is being irrational, but in her own mind, Jane has a perfectly good reason for acting and feeling the way she did – and if I knew what was going on with her, I might understand her actions and motivations better too.

The key here is “in her own mind”. Jane’s actions look ridiculous from the outside. In her own mind, she is acting very logically and rationally.

Powerful questions can help to bridge the gap between what’s going on with them and what’s going on with you. Here, we enter into the realm of tools such as Johari Window. But even deliberately choosing a mindset that views the other person as whole and internally consistent can prepare you to have a curious mind that wants to learn more. You might think something like, “Wow – Jane got really upset about that. I wonder what it was that I inadvertently said or did that might have gotten her upset?” That’s a much more helpful mindset than, “Jane is acting like a dingbat today!” – or worse!

When I coached this participant, we talked about how to view someone else as being internally consistent, even if you don’t see the logic or rationale in their actions. I hope that it helped, even a little. When I teach these tools and techniques to leaders, I like to quote (or slightly misquote, as the case may be) one of my instructors from the Rotman School of Management: now that I know these tools about  ladders and windows and inquiries, there are significantly fewer idiots in the world.

Of course, I didn’t change them. I just changed me. 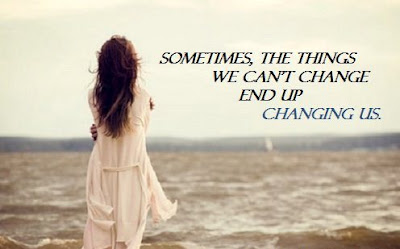 Lisa Sansom has her MBA from the Rotman School of Management, and over two decades of experience in teaching and training. Her years of work in the organizational development field have included projects on change management, employee engagement, leadership development, team coaching and employer of choice strategies.